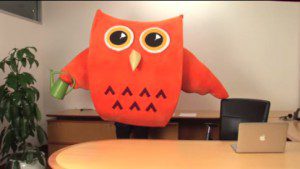 “A scoop of Insideview with some Jigsaw special sauce.” That’s my best shot at summing up a new “Sales 2.0” tool that I think you should check out. The tool is Owler.

Owler is a new company from the fellow who founded none other than one of my favorite Sales 2.0 tools of all time: Jigsaw (now Data.com as Jigsaw was sold to Salesforce.com in 2010 for a tidy $142 million in cash—I love saying that.)

That fellow is Mr. Jim Fowler and rather than naming his new company after himself he cut off the “f” and turned it into a company with a cute owl as a logo called “Owler” (I still can’t figure out what to do with “edelshain” but I’ll keep thinking.)

I have to admit that just by reviewing Owler’s website I did not “get it”. I even watched the intro video on there and got it a little more but not really.

Luckily for me I’m a world-famous blogger* so I got direct access to one of Mr. Fowler’s co-founders Tim Harsch and he talked me through the unique features of Owler. At this point I about 75% “got it”.

But it was when I finally got organized enough to login in to the tool and use it that I really “got it”.

Tip: if this post piques your interest go set up a free account Owler; otherwise you may not fully get it either. (Tim Harsch has let me know that Owler is still working on their marketing messaging as they just launched in April and he promises they will get better at conveying what they are all about as they age.)

Without using the tool I really could not figure out why it’s different from Insideview. I’ve used Insideview for a long time now and really enjoyed it. So I thought “This is not like Mr. Fowler to spend all this development time and come up with something with no difference from what already exists.”

And I was right. You see Owler looks a lot like Insideview from the outside but if you dig below the feathers there’s some secret Jigsaw sauce brewing beneath. 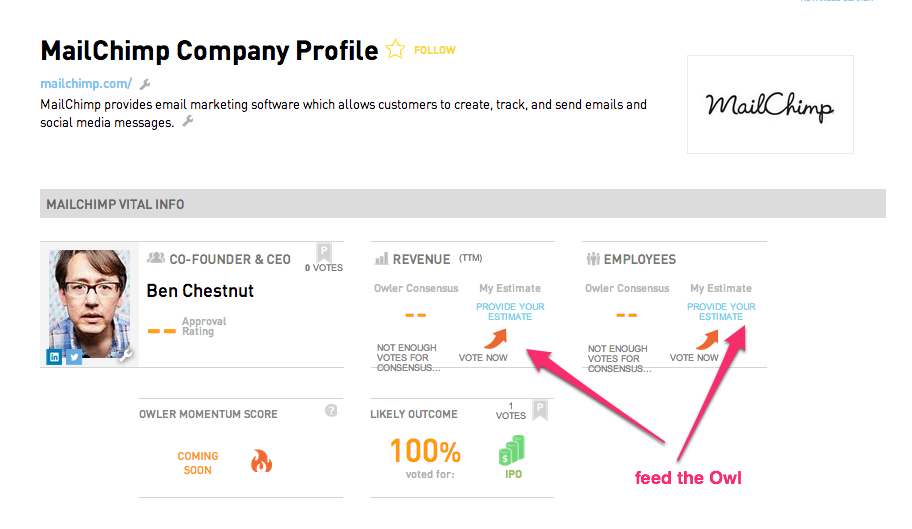 Once you login and add a company to track (just like Insideview) the missing piece to the jigsaw emerges. Right at the top of a company profile you see the magic buttons. These buttons ask you the user to add information.

For anyone that’s ever used Jigsaw (or now Data.com) this should trip a switch. It’s called “crowdsourcing” and it’s probably the number plate on one of Mr. Fowler’s cars. (I’ve never seen any of them but I’m convinced in my mind’s eye that one of them is a Maserati).

Owler is back to the old Jigsaw game of getting sales people to input information that can then be aggregated for other sales people to use. This way all of us become smarter than any one of us in isolation. Once that data starts to amass then we sales people will want to flock to Owler to get the info that our peers are inputting.

It’s also darn smart if you run a software company because data is the valuable asset these days and you’ll have a company that’s worth a lot more if you have proprietary data nobody else does.

Owler is pleasing on the eye and I found the user interface fun. It has a feel that makes you want to input information. I wanted to show Owler how smart I was by typing in all the facts I knew about companies that it did not–but then I realized I was going to miss dinner with my family.

What Owler does not have yet are any rewards like Jigsaw. As you may know Jigsaw gave you points for entering contact information and those points could be used instead of money to buy contact records for your prospects. I have a feeling some form of gamification like this will be coming to Owler. I understand in the Jigsaw days there were people who put in thousands of contacts to be “Mayor of Puzzletown” (or something like that) so I’d assume this makes sense here too.

All-in-all Owler looks like it could turn into a significant tool that you may want in your sales arsenal if you believe in Social Selling. It serves up the trigger events you need in a nice way and combines them with some good company data.

Owler is free and will remain so says co-founder Tim Harsch. Now that’s a good thing. How can they do that? Down the road when this hungry owl has gobbled up an ocean of crowdsourced data, just like Jigsaw, Owler plans to sell data in big chunks to even hungrier corporate buyers.

The real power will come as the crowd inputs more information. The only catch is Owler needs to grow the crowd hanging out there. So if you’d like to contribute to a new sales movement powered by the founder of Jigsaw click on over to Owler and start playing. You never know you could become the “Chief Hoot” or something.