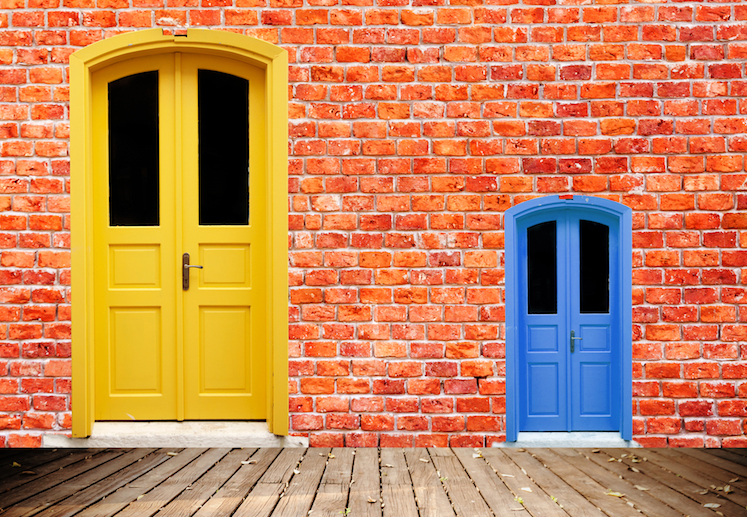 I would get to the office extra early and I’d start dialing before 8AM.

I wanted to become a rock star sales dude and I was mentored by my boss that the trick was to call CIOs (Chief Information Officers) early in the morning.

At that time of day, the stressed out CIO would be in the office but his assistant would still be fighting their way through the New York subway.

I did not get that many CIOs on the phone. I guess some of them were stuck in the subway too.

When I did get a “live one’ they were usually pretty pissed off to hear from me. I guess they were stressed out. I think another problem was I really had no particular reason to ask them for a meeting, which is what I was doing.

I believe I could do better now.

So back in the 8AM-CIO-calling-day my boss told me to “call high”. I think he was about 70% right but he forgot one piece.

The piece missing is to call high armed with information (often from calling low.)

If I knew what was going on in the head of my prospect, I would definitely be a rock star sales dude. What are my prospect’s top 3 goals this quarter? What politics are really messing with their head?

If I knew this stuff, maybe I could figure out an answer to one of their actual burning needs.

Then when I approached them they might take a serious look. (Note: If you combine nailing their need with a referral, so they trust you, they will probably invite you over to their office this week!)

When my business school career development types told me how to get a job, they said it was important to set up “informational interviews”.

These meetings could be with anyone in the company. The idea was to get smart on the company and what was going on there before applying for the job.

Pretty smart idea. I don’t think there is a rule against sales people doing the same thing.

If the opportunity is big enough, go get yourself some informational interviews. Find somebody that will talk to you (hint: If you use a referral, this will pretty easy.)

This person does not need to be in the department you are targeting. All information helps.

Back up the greasy pole

Armed with the information from your informational interviews (and some solid Googling), you can now approach a senior executive in your target company and stand out from the rest of the 8AM-dialing crowd.

You can tailor the messaging in your emails and voicemails to touch on something very likely to hit one of the top items on your target executive’s list.

You can also feel good about this too, if you’ve done some thinking about real solutions to their top problems. You really are going to try to make their life better by relieving something that is stressing them out.