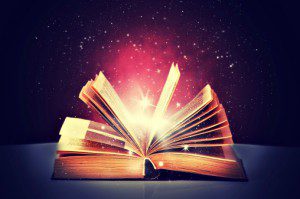 Do you believe proposals have magic powers?

If I put the question this way then I’m sure you’d say “no”. But throughout my career I’ve observed sales people acting as if proposals do have magical powers.

As soon as a buyer shows enough interest to allow us to create a proposal it’s like a genie has been uncorked from a bottle. We start acting as if the proposal we are creating is some kind of magical document that will make or break the sale by its very existence.

Given the document’s magical properties it’s no wonder I’ve seen sales people spending hours and sometimes days developing one (hours and days when they are not prospecting). It’s no wonder these sales people are obsessed with getting every detail in the proposal correct, such as which products to include and making sure all the fonts look good.

But what’s hard to explain is how many of these magical documents don’t close the sale as they are expected to. Why do so many deals die right after the sales person sends in the proposal? Why do some prospects not even call back after receiving a proposal? How can this be for a document imbued with such mystical power?

You see a proposal is just a document. Yes, just a document. It really doesn’t have any magical powers (unless your name is Harry Potter). You should not focus on the documents in your sales process but the people. It’s the people that buy your product.

What do I mean by “focus on the people”?

Change your mental focus. Don’t consider creating a proposal such an important event. Consider getting positive feedback on whatever solution you are discussing with prospect an important event. The goal is to develop solutions with your prospect that they agree fit their need.

Don’t create proposals in a vacuum expecting them to have magical powers that will sell your prospect for you. Rather communicate with your prospect as much as you need to; agree on approaches to solving their problem together then document your agreements.

When you’ve documented enough agreements you can flesh out what you have with some nice prose; add some business terms and conditions and you will find what you have looks like a lot like a contract–even better than a proposal.

The problem with most proposals is they are guesses.

We go to a meeting and our prospect asks for a proposal (or worse still we suggest it) and we run back to our office all excited. Then we sit in our office for a day or two trying to guess what our prospect wants. We put all these guesses into a beautiful document that we call a proposal and send it off to our prospect.

Given this proposal document is full of guesses and devoid of magical powers, it’s not that surprising that many sales processes do not advance based on this type of document. This document full of guesses often includes a lot of information that convinces the prospect of the lack of fit with your offering.

A better way to proceed is to eliminate your guesses. When you’re considering how you can help your prospect solve their problem you will inevitably come up with questions–areas where you’re not sure what your prospect wants or needs. Here’s the key: Ask them.

Don’t be afraid to ask questions.

Many sales people seem to shy away from actually communicating with their prospect during this hallowed proposal development stage of the sales process. They don’t want to break the aura that a deal is imminent. Don’t fall for this.

Ask your prospect plenty of questions. If they don’t respond, it’s not because you “broke the magic of the proposal”, it’s because this deal was not going to happen anyway. The opportunity was not qualified. The prospect was not such a hot one after all. There was not a fit with your offering.

Most discussions don’t turn into deals. It’s a fact. Sorry. It’s better to find out there is not a fit before you spend hours developing a proposal.