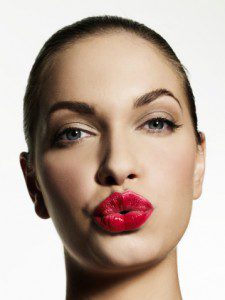 “We have a proprietary video processing technology that takes advantage of YouTube’s API and significantly beats industry benchmarks for throughput”.

I don’t know what the rest of the voicemail said because I hit delete.

I was having a bad day. I was working on a big project that had become seriously complicated. I was up to my ears in spreadsheets and comparing data. My brain was starting to hurt.

So I was trying to figure out an Excel formula to do some data manipulation I’ve never done before and then my phone started ringing. Like so many prospects working in the technology space, I feared a major diversion from my priority project if I picked up this call. My caller ID told me this was not a call from someone I knew. “Probably someone selling something” I thought. So I hit my second favorite button on my phone “DND” (“Do Not Disturb”) and let the call go to voicemail.

About half an hour later I was having a coffee break. I’ve learned I need these coffee breaks every hour or two to let my head cool down. “Oh yes” the light is on on my voice mail. I better check that out now. So I played it.

“We have a proprietary video processing technology that takes advantage of YouTube’s API and significantly beats industry benchmarks for throughput”.

Good for me. My day did not get any more complicated. My brain was still pretty overheated from my project work and I had to get back into that taxing stuff in a few minutes. Oi!

I did not think of any of that then. All I wanted to do was simplify my day and get this darn project finished. I mean this is the project that’s a priority so I need to get it done.

Would have a deleted this message so quickly?

I think I would have saved it, especially if I believed them!

What if they had not only told me I could be a hero but they had served up a few examples of companies similar to mine that had made lots of money, or digital groups like mine that had grown like bonkers because they worked with them or dudes like me that had risen like a rocket through the ranks after working with them.

What if they had thrown in a few dollar signs or operational metrics that mattered to blokes like me and that correlated with things I am struggling with? What if I they mentioned mid-sized media companies that had implemented their solution had grown their digital group 50% in a year.

Would I have deleted this voice mail

Nope. Almost certainly would keep it.

Develop your prospecting script from the point of view of your prospect. Tell them what you will do to make their situation better. Tell them how much better off they will be after working with you.

You see when a prospect gets your first call (or email) they don’t really care how you get something done. You could be using the world’s fastest Youtube API or a monkey’s foot. I don’t care. What I care about is me!

I care if you what you have is going to make my life better. I’m selfish.

I’m wondering if what you’re talking about is going to make me more successful at work. Is it going to help me achieve my goals.

If you help me blow out my revenue goals, then my CEO is going to be very happy. If he’s very happy, then he may give me a pay raise soon–or at least keep me around for a while.

You see when I’m seriously busy, which is at least half the time, these days, I need you to show me the way to my better life.

So when you’re prospecting to fried buyers, even though they’re probably very smart people, remember to KISS (them).