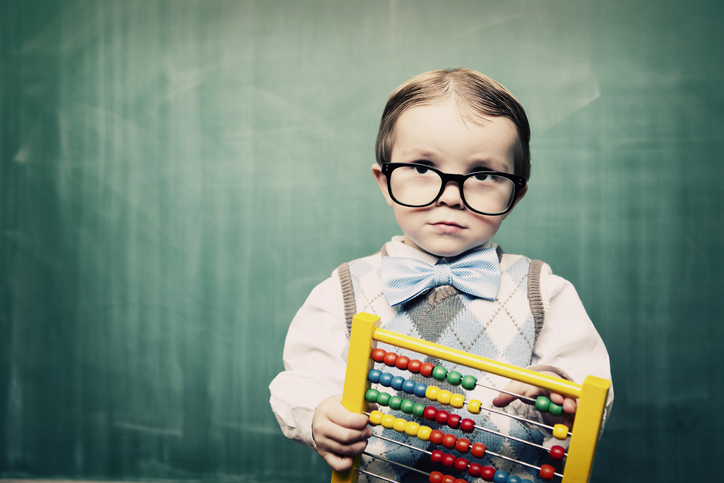 If you run a small company, you usually end up being one of your company’s early sales people. If you are in this position, this post may help you. It’s about an alternative way to get in front of your target buyer without cold calling.

It’s my belief that there are networking style ways to generate appointments that are actually more effective than cold calling. Not only that they generate better quality leads and are way more fun than cold calling (which if you’re like me is an activity running neck-and-neck with going to the dentist as a pastime.)

I graduated from Wharton’s MBA program in 1993 and had no sales training at all. Since then I’ve sold millions of dollars of technology and services, run my own sales outsourcing and training company, grown a digital agency and pioneered a new approach to selling now known as “social selling”. Along the way I read every sales book I could find and then over time became friendly with many of the authors.

One thing I consistently found along this journey was that much of the traditional sales “wisdom” (at least pre-2000’ish) was almost 180 degrees off course and that doing the opposite to the wisdom was often the best thing to do.

You may often hear that you need to be “a closer” to be good at sales and this is almost exactly wrong. What really holds most sales people back is getting in the door not closing.

Getting in the door and getting in front of a human in your target market is a huge problem for most startups and small businesses. I’ve spent many years selling in startups and small businesses and every time the biggest issue cratering the sales pipeline is getting enough meetings with appropriate prospects. Once most entrepreneurs and business people are in the door most of them are actually reasonable at selling their product but they mostly stink at getting there.

Getting in-the-door with a cold calling

My background before business school was in engineering so I love data. I’ve looked at, and kept, every scrap of data I could find on how to get in the door over the last 10 years. The traditional (and still most popular) way for sales people to get a meeting with a prospective buyer is “cold calling”, i.e. calling (and now emailing) people you do not know from a list of “suspects” you generate from a profile of your target market: industries you think will be a good fit for your product, geographies you serve etc.

To understand the effectiveness of cold calling for getting appointments I think you need to look at the data. There is not that much data out there on topic but through my collecting I have come up with these three sets that I believe are reasonably credible: One from a university study, one from a smart sales expert and one from my team.

In 2011, Baylor University conducted a research study on cold calling with realtors from Keller Williams. They ended up having 50 agents make 6,264 cold calls. Each of the 50 agents spent one hour per day for seven days making calls. 28% of their calls resulted in a conversation with a human. They set 19 appointments.

Each SDR (Sales Development Rep) makes 609 calls per week to get 21.4 conversations per week and 6.7 appointments.

3.  Some experience of mine

Back in 2004 I ran an outsourced calling firm like Vorsight. We tracked our numbers back then and found that roughly 1 in 10 dials went through to a human and 1 in 10 of those conversations resulted in an appointment. My blokes back then made about 10 calls per hour. (Yes, I’m rounding with all these 10’s but it’s close to actual numbers so let’s keep the math simpler!)

In a 40-hour week we would average 4 appointments, which is one appointment per 10 hours of work

Here’s some cold calling data boiled down into time units.

Let’s do some averaging that means across that data it takes an average of 11.3 hours of cold calling to get one appointment.

There’s an alternative way to get meetings with prospective clients, but sales people don’t generally use it. Oddly enough they often do use it when they need a job and in this case they call it “networking”. I had to come up with a cool name for using networking in sales so I call it “social calling”.

Whatever you call it, I think the math on the effectiveness of a networking approach vs. a cold calling approach is pretty interesting. Take a look…

There’s a professor of psychology at Oxford University called Robin Dunbar and he did some research on how many relationships we all have. He figured out that we have about 150 relationships we can maintain (this number should be higher for sales people and entrepreneurs involved in developing their business.)

Don’t be a plonker

The data above suggests you can get a referral to 22,500 people. Now, as you know, if you’ve done any selling at all, referrals work way more effectively than cold calls.

This is because of trust. When a friend tells me that I should speak to you, I usually do. I do it because my friend is vouching for you. If I don’t do it, then I risk meeting my friend at the next social get-together and having my friend asking how I got on with you. If I say I didn’t take your call, I risk making my friend think I am a serious plonker.

So when you use a referral, even if it’s from your aunt, the buyer has skin in the game. Hence the conversion ratio is drastically different to cold calling where the prospect does not treat you as another real human.

Back to the math

The clearest way to take a “social calling” approach is to use Linkedin to look up who my friends know that I want to connect with.

Here’s some data from my experience doing this:

Here’s some conversion data based on my experience of doing this:

Therefore, using a social calling approach most people will take 3 hours to get an appointment with someone in the 22,500 people they can reach.

If you buy in to my data and math above, it makes sense to use social calling (networking) approaches to sell your product or service. In terms of time, a networking approach will get you an appointment in 3 hours vs. a cold calling approach that will take 11.3 hours. It is 3.75 times more efficient.

There are some other reasons to use a networking approach to getting appointments with your target buyers: (1) You can also use a more direct approach by leveraging a common background with someone, such as a common alma mater, to connect to people directly, this can open up a very large pool of “warm” connections, (2) Opportunities you do uncover through networking typically close at a higher rate than those you find through cold calling. This is because there is trust in the process from the beginning. The prospect feels a connection to you vs. you being a complete stranger that cold called them out-of-the-blue.

There is not enough data for me to say that “cold calling is dead” but I think the math above does suggest that business owners should make a networking approach to prospecting a major part of their sales and marketing mix. Many owners do start out with a networking approach but eventually lose sight of it as they use up their initial obvious relationships and then go on to hire sales people that are trained to cold call (only).

I have found that with social networks like Linkedin making it much easier to see who-knows-who, a networking approach to selling can be carried on indefinitely and at scale. Maybe it’s time for you selling to become more social…